As you know I love vintage and industrial and tram blinds are wonderful.  I would simply die to have an original one but unfortunately I can’t afford such a thing and I think they are few and far between.  I found a site where you can get them made up (new) to your specifications but they cost upwards of $300 and I like to be different so thought maybe I could make my own and incorporate it somewhere in the house.

I think that I could do this.  I know I could have gone down the path of everyone else using London or Paris or New York train stations. I also could have used Melbourne tram stops if I wanted to stick with Australia as they still have trams down there but decided to use my own train line and the stops along that.  It probably doesn’t have the same impact as London or Paris but it is my local one and that is why I went this way.

The next thing was to find a font I liked and then think about how they words would sit on together. I started at Roma Street, I get off at Boondall but I decided to go the end of the line.  I mocked this up in Word and played around with it for a while before changing the font color to white and the background to black. It was quite difficult to change the words and sizing with the black background so I left that to the last step. Looks pretty cool, eh?

Now what to do with it? I could get some heavy canvas fabric and use it as a stencil to make my tram stop blind, or I could put this on a piece of wood, firstly painting it white and then putting some letter stencils down and then painting black over the top. I could stencil my tabletop, which I really like the idea of doing. See my post on stencilled table top ideas.  The jury is still out on this one.

Having done all that I then started to think where I could hang such a thing in my house and found that there was nowhere that it would suit, so I had to change my idea. I have now decided that I will use the same thing and stencil my dining table with it. Here are some fabulous examples of stencilled tabletops that I found on The Graphics Fairy. Some have acknowledgement of who has done this fabulous work. They are all so pretty. 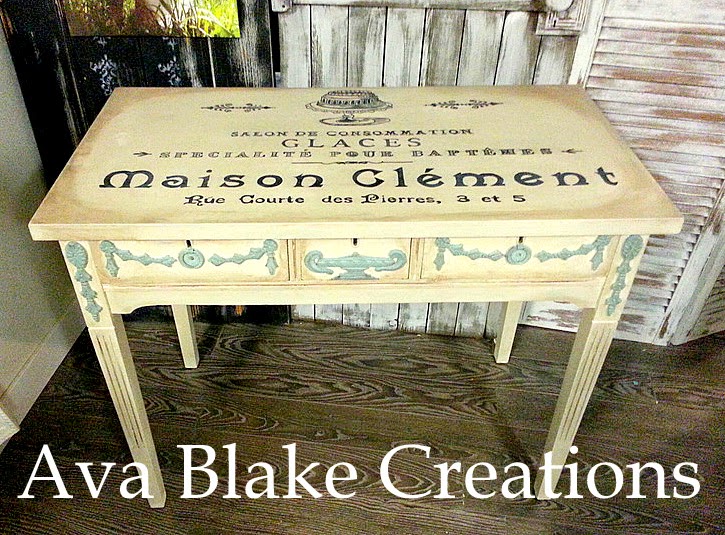 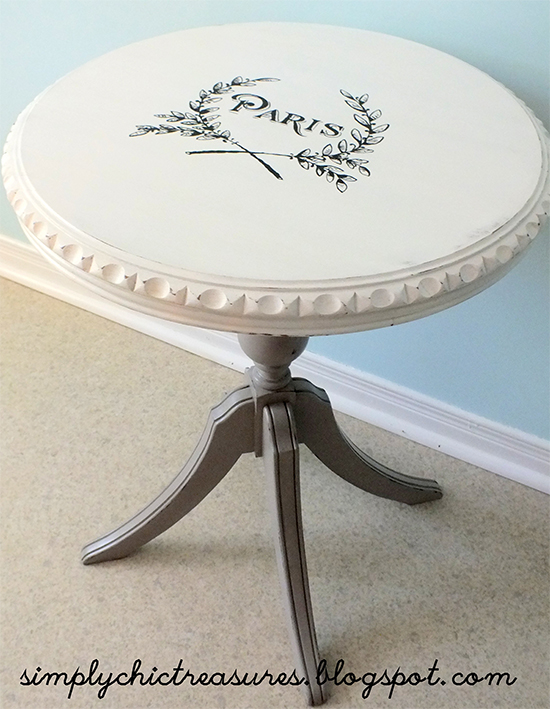 This one I found on 36th Avenue.

And this one on Knock Off Decor.  I really like this idea to as the numbers look fantastic.   Perhaps I shall keep this in mind for another project.

Meanwhile I now need to setup my cutting machine, which I have not used in years,  and get to work making the stencil I need to complete this project.

Meanwhile, here is a fabulous project for you from Lindauer Designs to create your own subway furniture.

Buy My Products From

Find me on Etsy